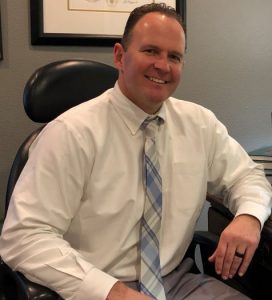 Chiropractor for Children and Adults

Dr. Herline graduated from Palmer College of Chiropractic West in December 2003 after receiving his Bachelors of Science at San Jose State. He has been dedicated to taking care of people in Modesto and its surrounding areas since 2003 and looks forward to what the future holds. He has been married to his beautiful wife April since 2001 and they have two children, Braden and Kylee.

“When I’m not serving people, I love nothing more than hanging out with my family. Between all of our activities there is never a dull moment.”

In his free time, Dr. Herline enjoys golfing, boating, playing with his kids, and spending quality time with his wife. 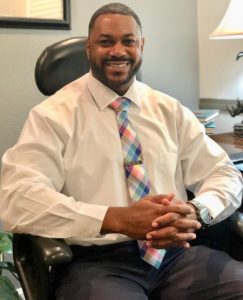 Chiropractor for Children and Adults

Dr. Ferrell was born down in Harbor City, CA, and moved up to Delhi, CA in 1992 where he would attend Delhi Elementary School and be part of the first graduating class from Delhi High School in 2001. He played football, basketball, track, and tennis. In college, he also ran track: 200 meters, 400 meters, and 4×4 relay.

Dr. Ferrell graduated from Fresno State in Kinesiology and then decided to pursue his doctorate at Southern California University of Health Sciences. He graduated in 2012 and worked in the Long Beach area for a small time before coming back to the valley. He loves taking care of his community and helping people as much as he can.

When Dr. Ferrell is not at work he enjoys riding his motorcycle, taking quick trips up and down California to explore, and watching funny movies.